First, I apologize for this post being so late. Between the drive back, unpacking (as much as I have so far) and just getting back into the swing of my life..well, it's been a bit more tiring and exciting than I thought. But that doesn't matter. What does matter is the experience I had at GenCon, both as a first timer and just in general. So let's get into that, shall we?

The General Experience
The general experience I had with GenCon was a good one. I had a lot of fun, got to interact with cool people, and I managed to learn a lot. This was my first GenCon and I played things light so as not to accidentally overwhelm myself and now, after having come out the other end, I'm glad I did. To be blunt there is a lot to do at GenCon and - for good or bad - the con is split up over a very large area. If you aren't careful it's very easy to be scheduled for consecutive events that are well over a mile's walk apart meaning by the time you got to the second game your seat had already been given to someone else.

More than anything I can't stress how important planning a head can be for GenCon. Sure, you can just wander into things and it might work out, but you'll have a better time if you know what you are trying to wander in to.

Be Ready To Be Standing....A Lot
One of the things I think a lot of people don't mention about GenCon is how much you can end up standing. People talk about the walking, sure, but not the standing. Often times you cap off your long walk to an event by standing and waiting for anywhere from five minutes to an hour depending on the event, and whether or not you have generic or specific event tickets. Lines are long and people like to line up early. Even beyond that, big events are going to take a while to get groups to tables where you can sit down. 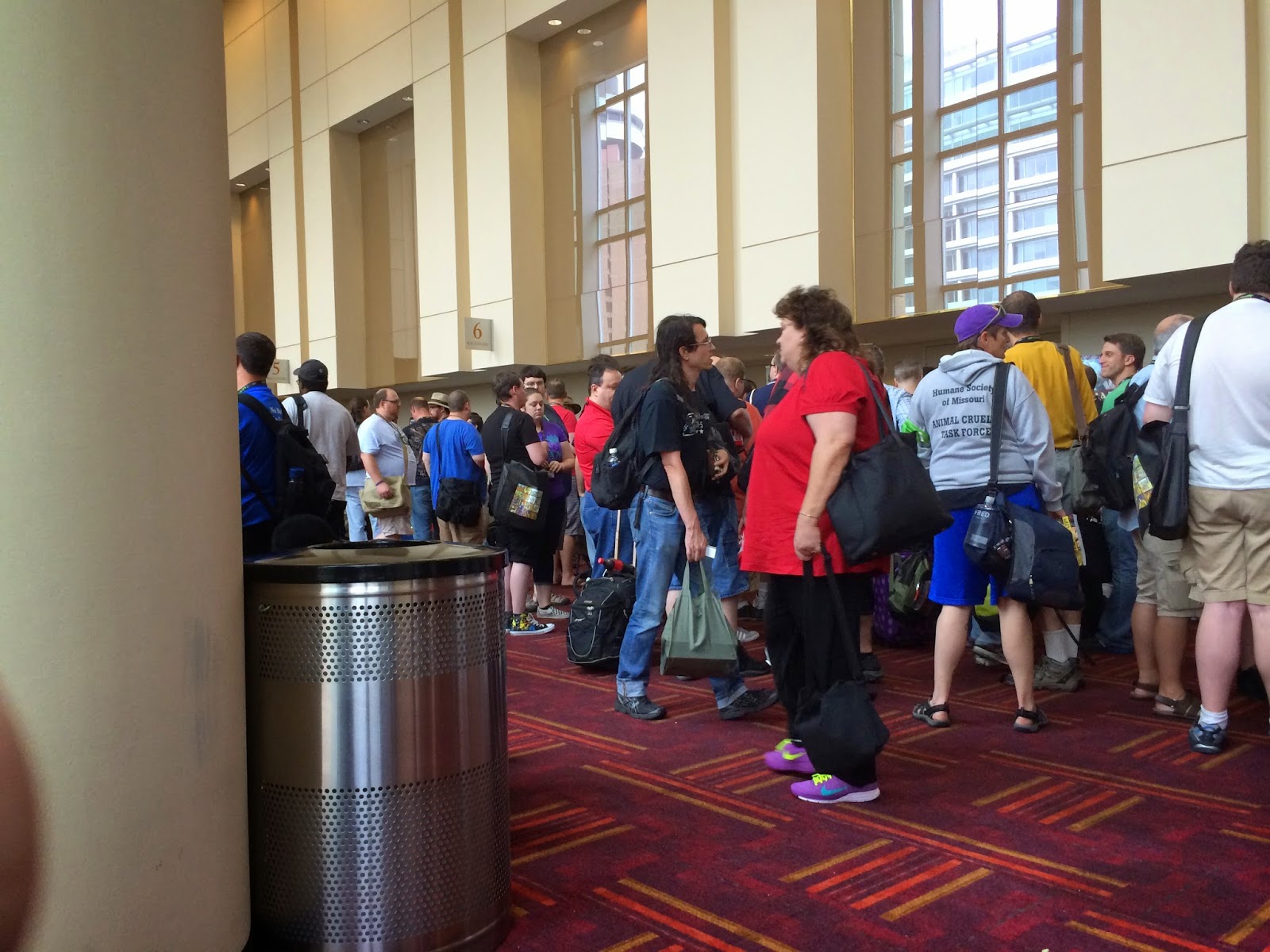 This was taken after Paizo's Bone Keep event had been tabling for ten minutes already. My legs were wiped so I had sat down, but that is the thinnest part of the crowd and it stretches down that hallway over a hundred feet. The reason? Paizo had to prioritize people so you needed groups of six to get a table. The hall was full of people in solos, groups of two, three, four, and five looking to get to a group of six of similar approximate level and filling all their basic needs. It was a crazy mess to say the least, and made it a five plus minute ordeal to cross a hallway that normally could be walked down in like thirty seconds.

People with Generic tickets were standing even longer, with the added uncertainty that as the lowest priority players they might not even get a table.

Be Prepared For Crowds, Especially Thursday
I can't stress enough how much you want to either arrive early enough on Wednesday to hit Will Call, or have your badge and first run of event tickets mailed to you at home. The lines Thursday morning - the second quietest day of the con - are ridiculous. I spoke to someone who showed up before 8:00am on Thursday Morning and didn't have their badge until a bit after noon due to the size of the line.

To put it into perspective, this photo is people gathering in front of the Vendor Hall before it opened for the first day (it would open about an hour later) and is only a fraction of the size of the line in front of Will Call on Thursday morning. 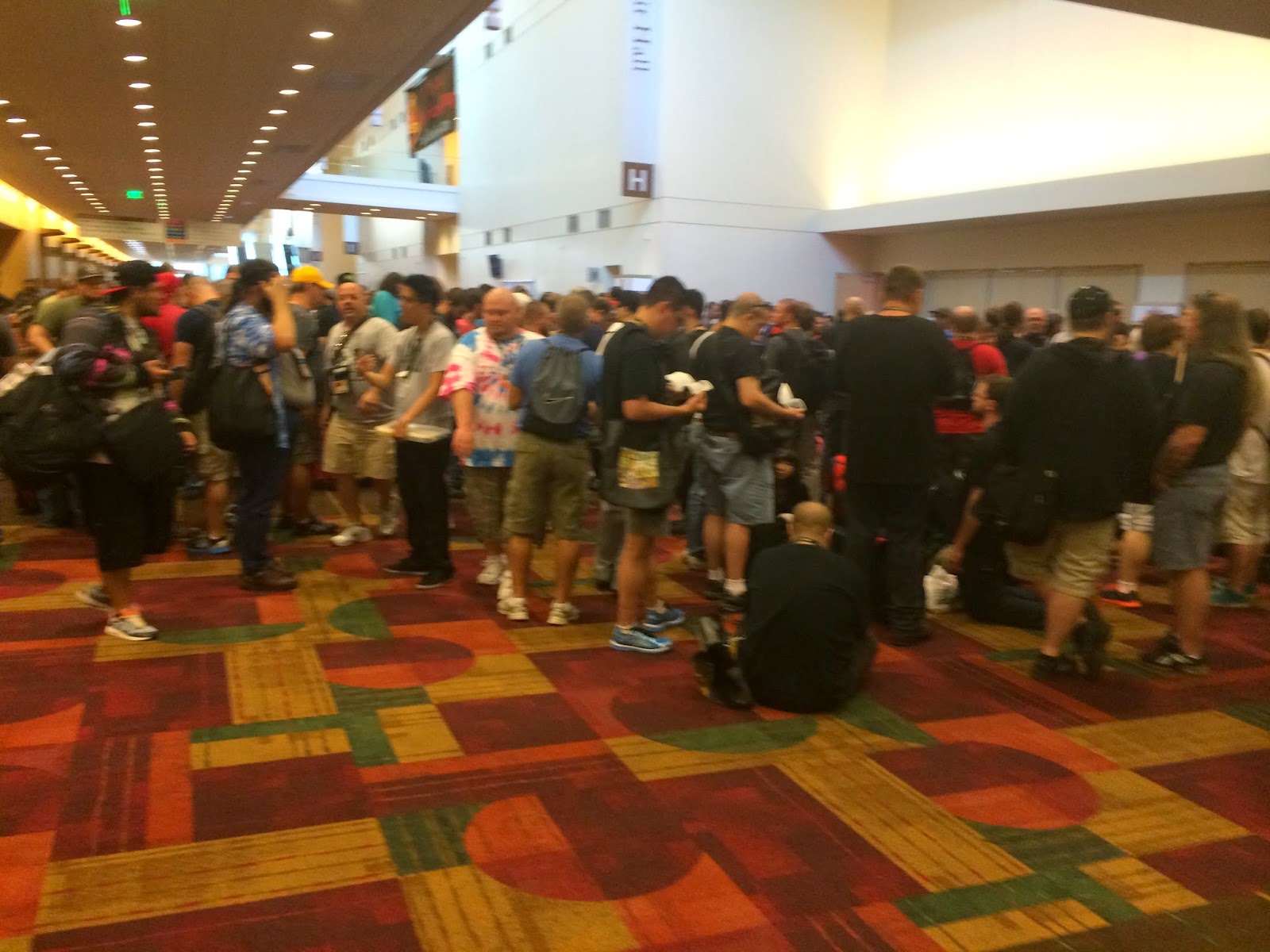 Once inside things quieted down as the people there for the first day spread out among the con, but you could see the relief on the faces of everyone who already had their badge and tickets on Thursday compared to those who had to get into lines for them.

Try New Things
One of the best things you can do at GenCon is to try new things out. Yes, you can spend the whole con just playing the games you play at home and have fun with that, but that's kind of a waste now isn't it? I mean, it has it's uses, sure - more on this tomorrow - but why go all the way to Indy and drop all the cash for a hotel room and con badge just to play the game you're playing at home?

Now maybe you won't like everything, but giving it a shot is a great way to not only meet new people, but to expand your horizons and even learn things that might help in your own games. At the very least it helps you kill some time. 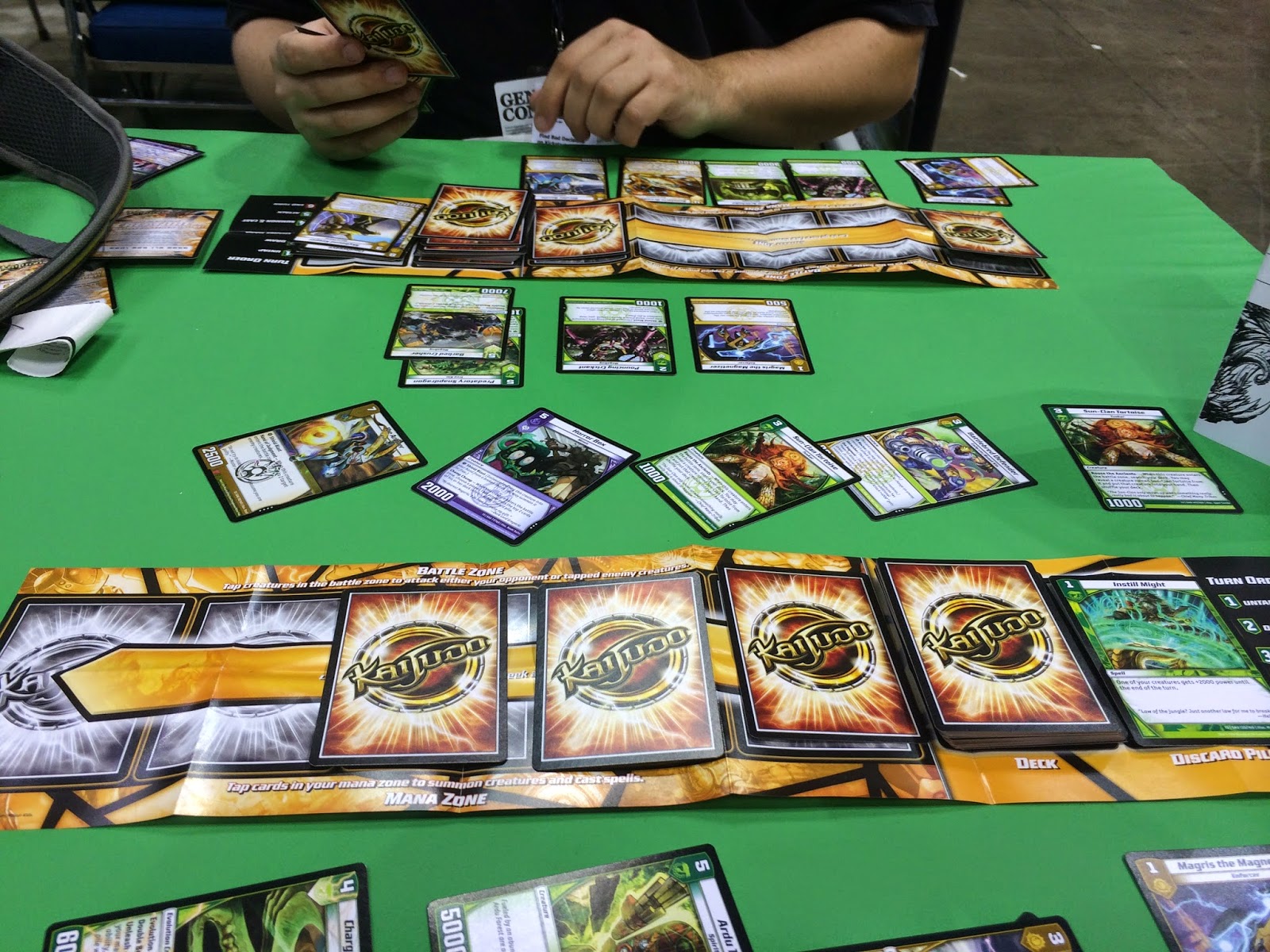 This is Kaijudo, it's a new CCG from Wizards of the Coast and it plays like a strange cross of Magic, Yugioh, and Legend of the Five Rings. It's quick and fun enough, and they were giving away decks of it if you showed up and played a demo. I'm not particularly into CCGs as a rule, but having this on me at least gave a way to kill time when I had thirty minutes before I could line up for an event I wanted to participate in.

On a more my speed kind of trying new things, lining up to play D&D 5th, despite some initial misgivings I had, ended up being a lot of fun. To the point that we signed up for several more games, bought the book, and I'm seriously considering seeing what would be involved (time wise mostly) in running something of it as a longer test. Besides, WotC had a cool area marked off for it... 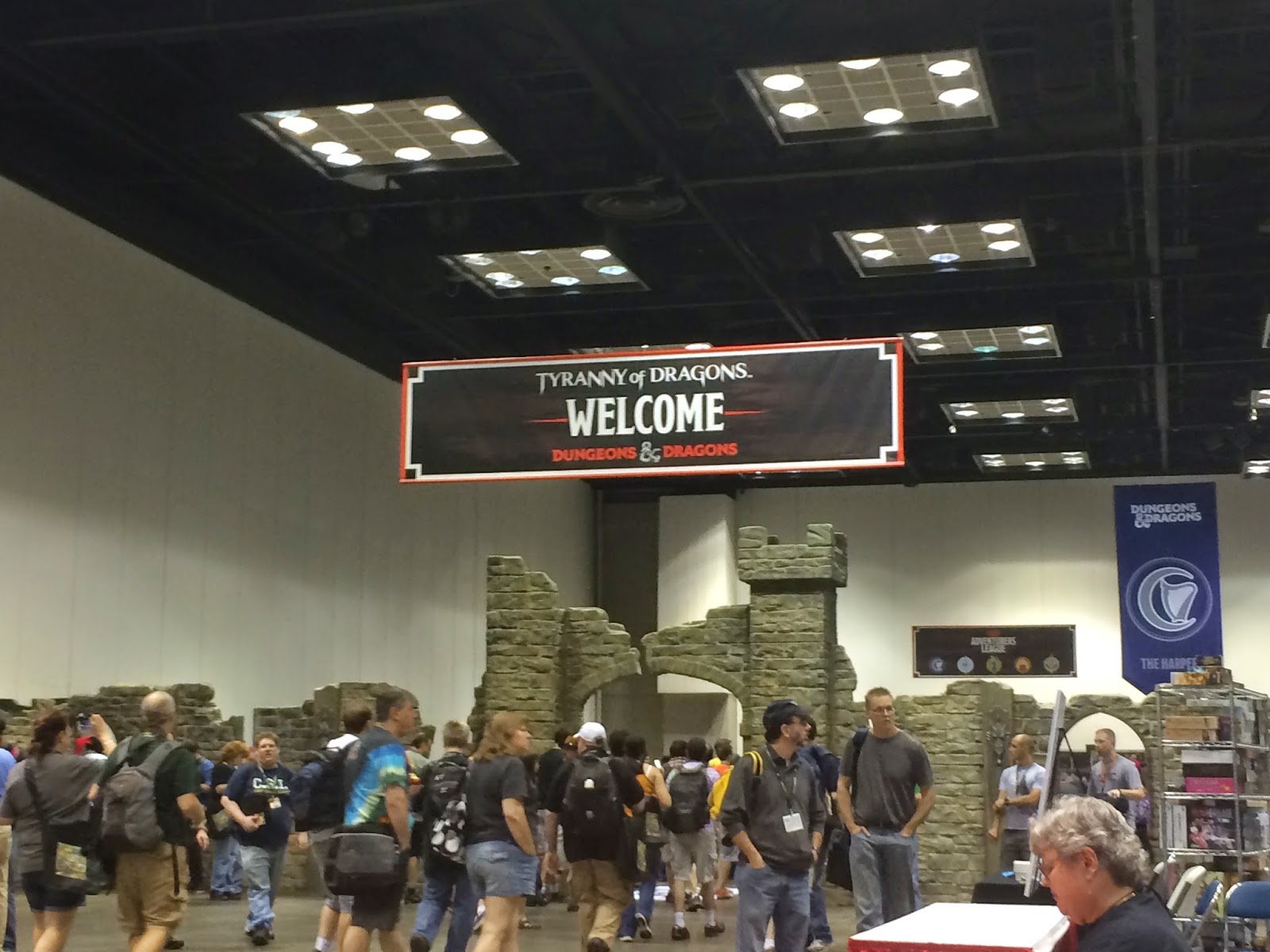 And with that I'm going to wrap up this post about GenCon. Tomorrow (yes, Thursday) I'm going to post about how much you can learn from a developer run game, and then Friday I'll talk about my best and worst experiences from the Con.

Did you go yourself? Did you have fun? Feel free to share some of your own experiences in the comments - or link to your own blog with them.

Email ThisBlogThis!Share to TwitterShare to FacebookShare to Pinterest
Labels: GenCon