One of the more awesome experiences I got to enjoy at GenCon this year happened on Sunday morning. On a bit of a whim I and my friend headed down to room 127 where Catalyst and Fantasy Flight Games had some tables set up for their various RPGs. We signed up for a waiting list with FFG and about forty minutes later were sitting around a table with a nice man in a FFG Polo shirt getting ready to play a one shot adventure of Edge of the Empire. To say it bluntly, it was probably the best gaming experience I had the whole con. It also taught me a lot.

The Way The Game Was Meant To Be Played
There really isn't a wrong way to play an RPG. Some of you may balk at that, but I am serious. As long as you and your group are having fun then you are playing the game right. Some groups like to emphasize certain rules, some like to modify some rules, and some groups like to do things in a particular way and that is awesome.

However, there is only one group of people who really knew how the game was meant to be played at that is the developers. Sure, we can suspect and discern from interviews what the idea was, but it really isn't the same as when you sit down with a dev at the table and they not only show you all the cool tricks their system is capable of, but also some of the ways the system is meant to handle problems that otherwise can seem so daunting. 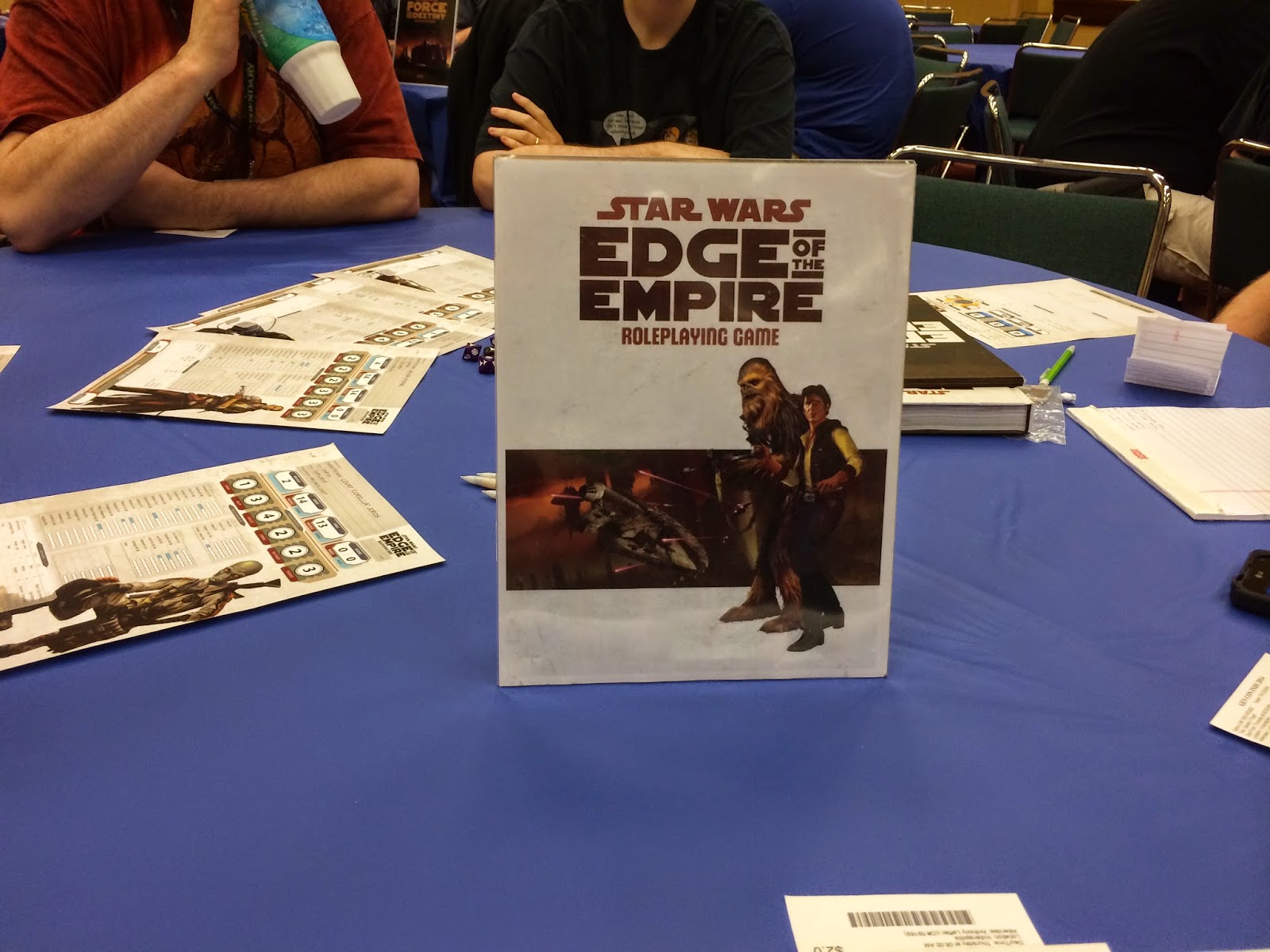 Learn By Playing
I already know how to play Edge of the Empire, as did my friend and one other person at the table aside from the GM. The other three people were new, and yet we all learned the game together just starting from different angles.

The awesome part is learning how certain nuanced parts of the system - in this case, bonus/set back dice and Destiny points - can interact with the game to not only help with pacing but keeping things fun. It is a real kick to roll a giant pile of dice, and Edge will let you do that when you use the system.

The pre-gens and developer also bring out parts of the system you might not see at home. For example, some of the cool talents that a character that specializes in grenades can use, or the unholy terror of a Wookie marauder with double swords. These are things you may not see at home, but are more likely to come across in the dev run game because they want to show their system off. 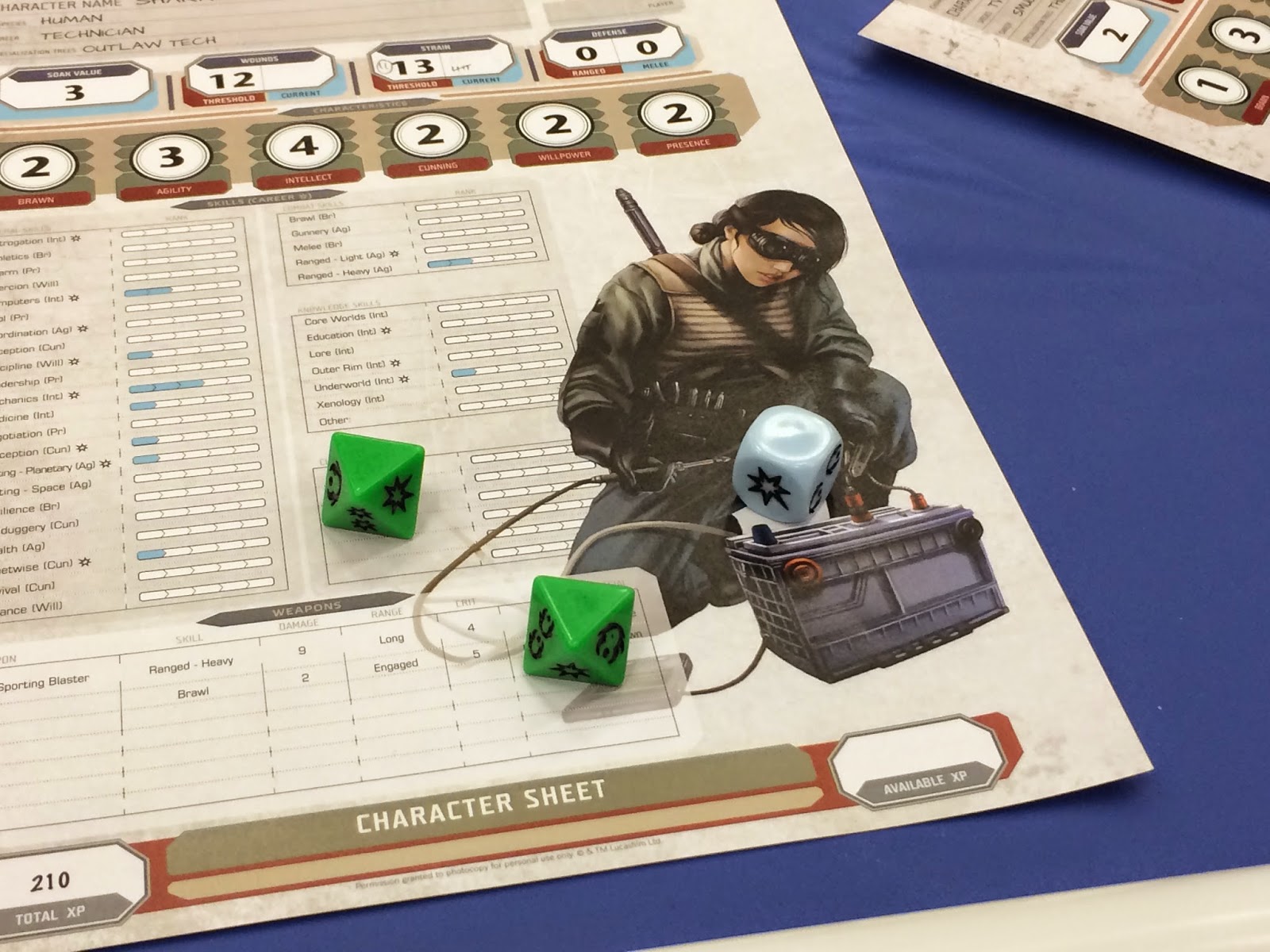 Ask Questions Get Answers
Perhaps the best part is though, you can ask questions and get answers from the developer directly. I am actually kicking myself now that I didn't ask about the Silhouette system, as it is one of the few things in Edge I think is off the mark, but I was able to ask other questions. Questions like how they were handling balance between the three games (Edge, Age, and Force) and between the various classes. It pointed out parts of the character templates that I hadn't actually noticed before but make sense now, like how different talents are worth different amounts depending on the class tree you're on.

Seriously, I can't recommend trying this at a con, especially if you otherwise enjoy the game a lot. It can only really add to things since anything you don't like can just be ignored. 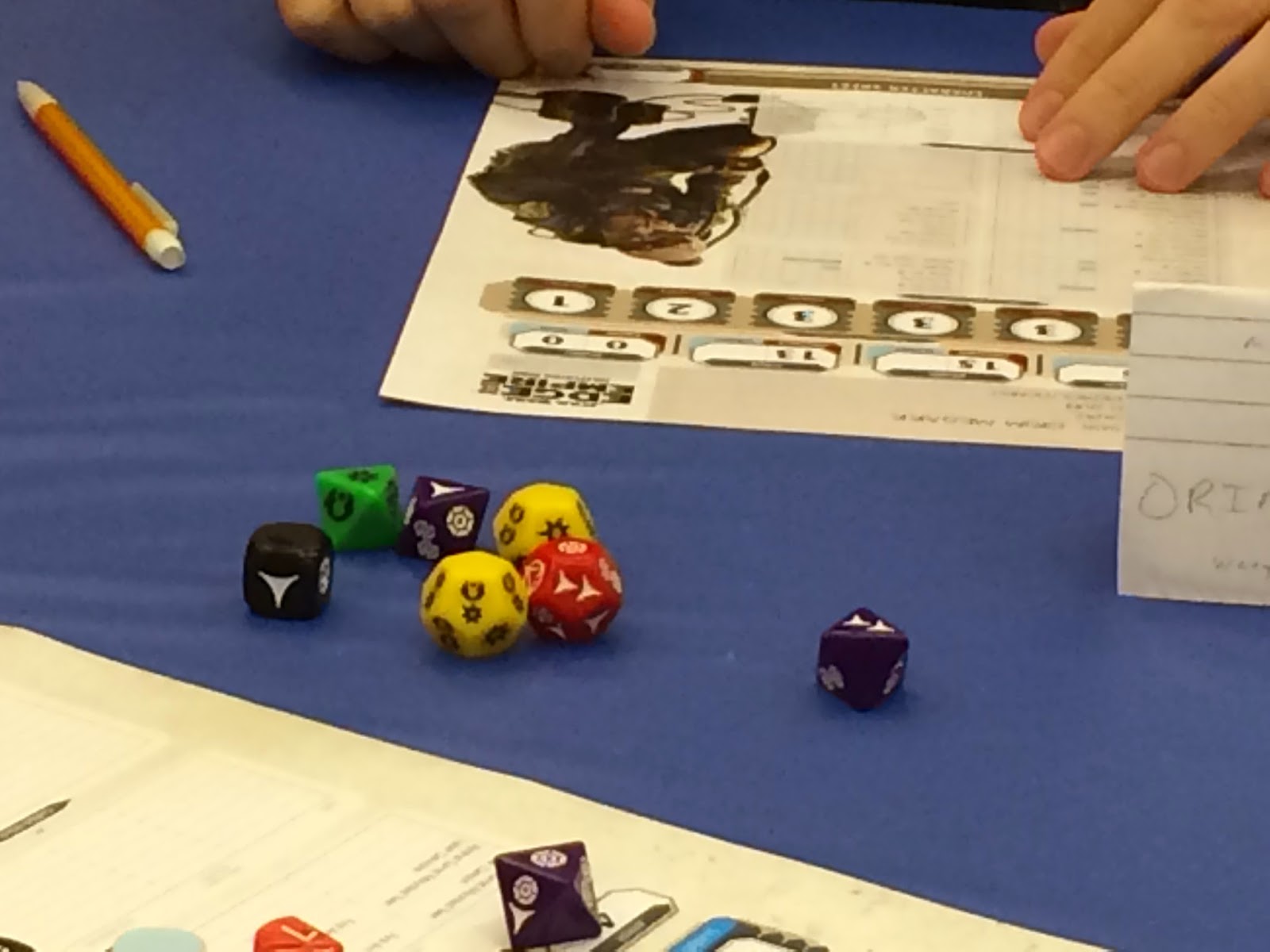